With chocolate overloading the Easter break I decided to make a hot cross bun flavoured cake with a sweet coconut buttercream and super cute bunny ears. Take a look at the recipe below :)

Method
1. Preheat oven to 180°C/160°C fan-forced. Line two* 4-inch cake tins.
2. Beat butter, extract, sugar, eggs, flour and milk in the bowl of an electric mixer on low until just combined. Increase speed to medium and beat for 3 minutes until mixture is smooth and pale. Add spices and sultanas and beat on low until combined. Divide mixture between tins.
3. Bake for approximately 20 mins or until cooked through. Allow to cool on wire racks.
4. Meanwhile, make the buttercream
Buttercream - place butter into bowl of electric mixer and beat on medium speed until smooth and pale. Add icing sugar gradually and beat until well combined. Gradually add vanilla extract.

Assembly
Stack and fill the cake layers with buttercream. Spread a layer of buttercream on the outside of the cake and then coat with shaved coconut.

* I only had two 4 inch tins so made the mixture and baked in two stages. 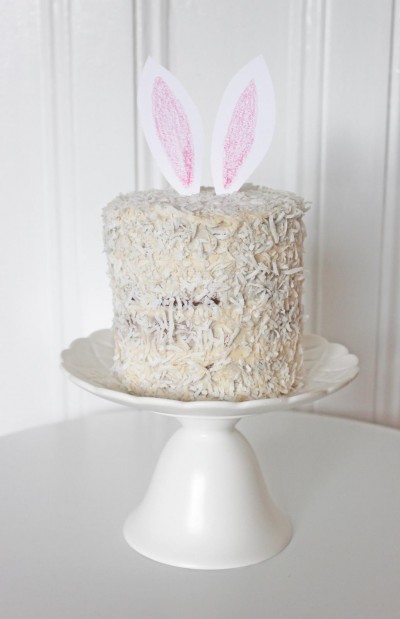 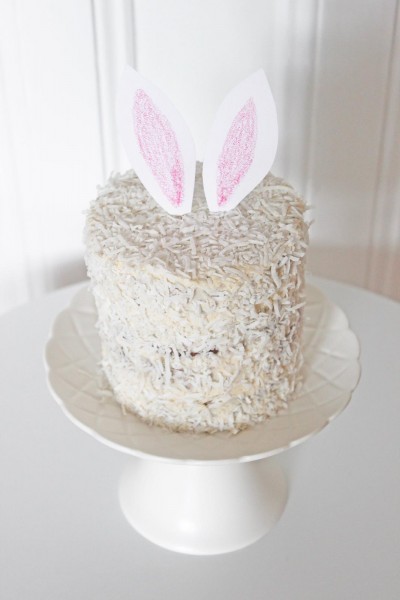 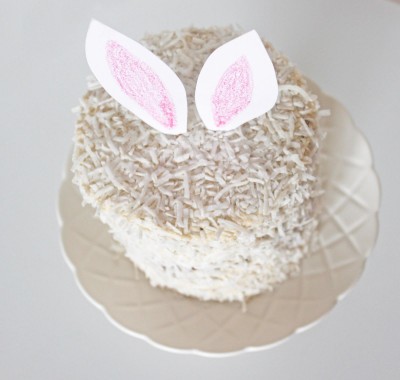 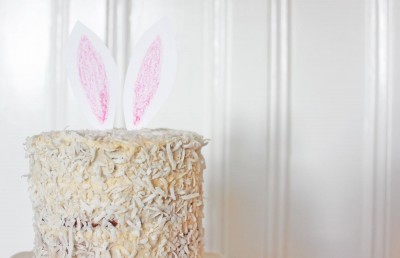 « Fairy Bread Cake for the Biggest Kid I Know