Octonauts, to your stations!

Barnacles, Kwazii, Peso, Dashi, Shellington, Tweak and Tunip… If your like me and don’t have little ones at home, you will have next to no idea what I’m talking about.

When Ace’s mum told me that Ace wanted an Octonauts cake for his third birthday, I knew I had a little bit of research to do before I started caking. After a quick breaky date with Ace, I found out that his favourite was Captain Barnacles and knew that I needed to make him a feature of the cake.

I decided to dedicate the top of the cake to Barnacles, hand cutting his head from fondant, so that everyone had a bird’s eye view of the leader of the crew.

After seeing a few tutorials on how to create edible balloons and bubbles out of gelatine, I knew I wanted to use them to create a feature of bubbles at the front of the cake. A little bit of fun and drama. Super simple to make - just mini water balloons coated in a mixture of gelatine, water and food colouring and dried overnight (I gave mine two coats, drying in between) - but a little trickier to attach to the cake (just with a little egg-free royal icing), but so eye-catching.

To join Captain Barnacles were his trusty crew, the fore mentioned Barnacles, Kwazii, Peso, Dashi, Shellington, Tweak and Tunip, which I hand painted with Edible Art Paint. I also made some fun seaweed and covered the cake board look like a submarine window.

The cake itself was vanilla and raspberry with white chocolate ganache, covered in fondant. 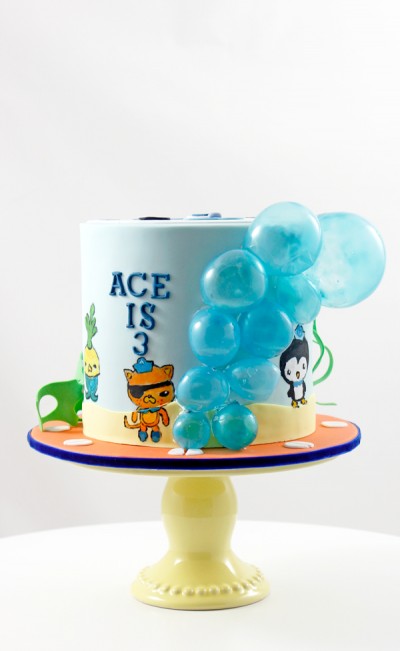 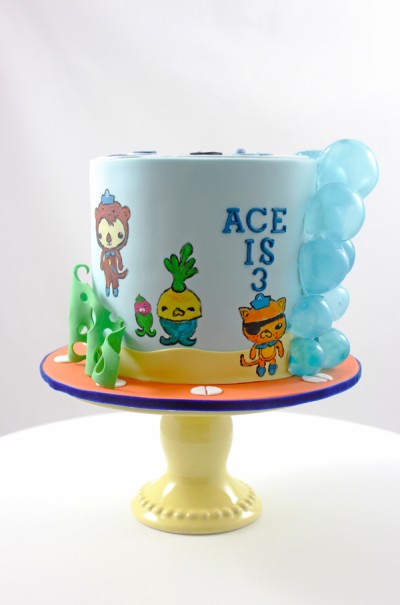 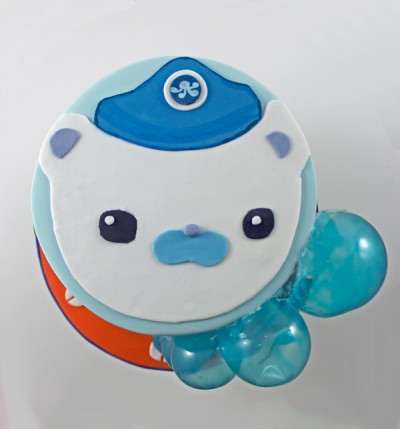 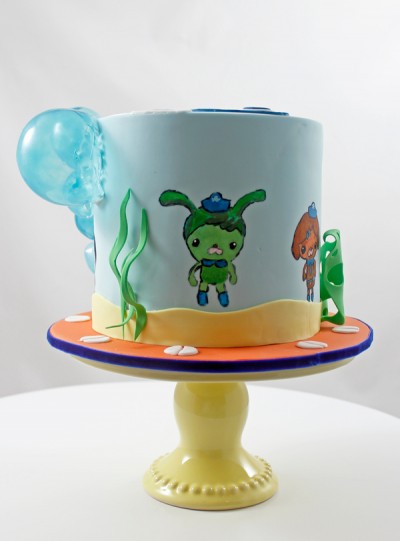 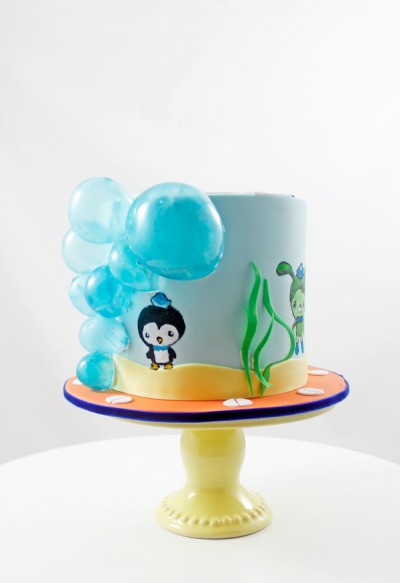 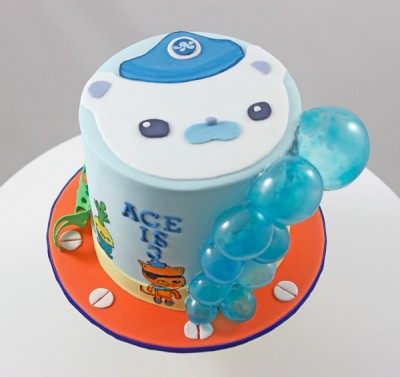 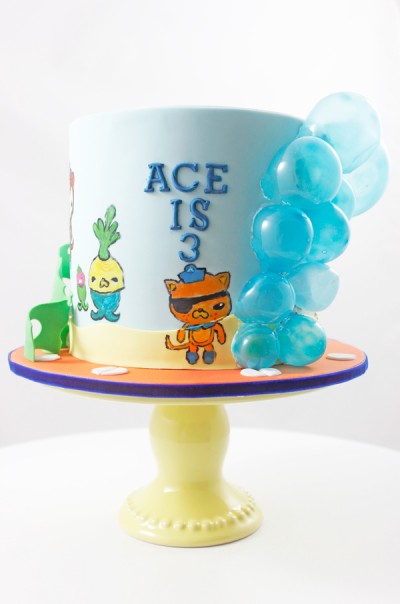